According to the company Embark,its truck uses a combination of radars, cameras and depth sensors known as LiDARs to perceive the world around it. The millions of data points from these sensors are processed using a form of Artificial Intelligence known as Deep Neural Nets (or DNNs) that allow the truck to learn from its own experience — much like humans learn from practice.

Not ditching the diesel just yet! 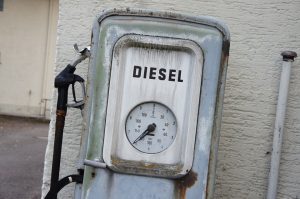 According to the used buyer firm Cox Automotive , demand for diesels remains strong and is likely to continue in future years:
Phillip Nothard of Cox Automotive says “Our data shows that the downward trend in the new car market for diesel has yet to fully filter through to the used car market, despite the media negativity and Government push for consumers to buy alternative fuels. For used cars, we believe diesel will remain a top player in the market for a considerable number of years to come.”. Nothard’s comments comes as Cox Automotive reports a rise in used car prices in December despite the month’s adverse weather conditions.
Figures obtained from Manheim’s online and physical auction lanes reveal that average sale prices surged 2.1% in December (a 4.4% uplift on 2016) [...]
Read More ... 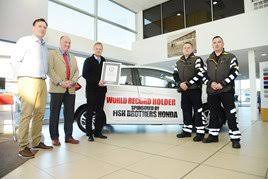 A new World Record has been confirmed for the best fuel economy in a petrol-powered car by the Honda Jazz.

The driver of the Honda Jazz was Paul Clifton the  BBC South Transport Correspondent, and researcher, Fergal McGrath, the car was supplied by Fish Brothers Honda in Swindon.

The 844 mile journey from Lands End to John O’Groats used one single tank of petrol the first ever of its time.

The AA also joined the team in their triumph and used the vans telematics to track the journey; including the route, distance, time taken and average speed. This data was then submitted as key evidence in verifying the world record.

Clifton said that “The objective was to demonstrate that while diesel is being demonised by the government, leading to a fall in sales of new diesel cars, it is possible to show [...]

Do you need them?

As the temperatures are dropping, you may ask yourself whether winter tyres are necessary. With our seasons ever changing, from bitterly cold winters to a couple of warmer ones of late. it is an ongoing debate. 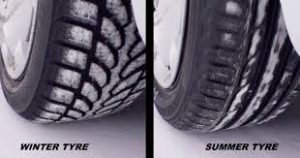 symbol on the rim and are made from a softer compound. That means they’re still soft enough to provide the grip you need in temperatures below 7oC.  They also have a different tread pattern, with fine grooves or “sipes” cut into each tread block that bite into the ice or snow better.

All things weird wonderful,new and different in the world of Fleet
Read More ... 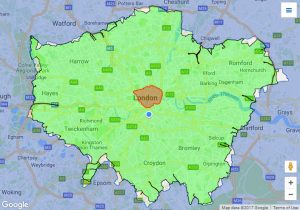 From 23rd October 2017 the owners of cars registered on and previous to 2006, will be charged an extra £10 to drive into London.

London’s Mayor, Saddiq Khan, announced that the “Toxicity charge” starting the beginning of the autumn half-term, will be in operation Mondays to Fridays from 7am to 6pm.

Drivers of older cars going into central London will now need minimum Euro emission standards or pay an extra daily charge. This will be in addition to the excising Congestion Charge and be known as the Emissions surcharge.

It is part of the Mayors scheme to clean up” London’s dangerously high levels of pollution”.

The Transport for London (TFL) has explained on their website the minimum emission standard for cars and vans is Euro 4.

Every weekday, around 10,000 old and polluting vehicles are expected to be liable for the [...] 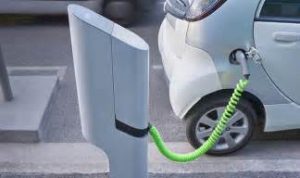 Car classified ad website Car Gurus have commissioned a survey, finding that out of 1002 people questioned,

Some 35 per cent of respondents say they would “be happy to buy an electric car”, with just over half (51 per cent) consider driving a hybrid model.

The Car classified ad conducted the survey on those that had bought a car in the past two years or where planning on buying one in the next 12 months.

Though it did differ ,depending on what region you lived in, London being the place people where more likely to buy an electric car compared with drivers in Scotland and the East Midlands who are the most reluctant with just 28 per cent in favour 50%  of those surveyed say they are “confused” by the Government’s plan to ban the sale of conventional petrol and diesel [...] 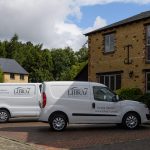 What is a Fleet? In definition: a fleet is a number of vehicles operating together or under the same ownership. Fleet management services take the burden away from your day to day management of running your own fleet. So who currently manages your fleet? Are you satisfied with the level of service from your current fleet manager/administrator or perhaps you don’t have a designated fleet manager and are looking for one?

We’d like to introduce you to Libra7; the fleet management company who go that extra mile for you…

Libra7 Fleet Management Services are based in Blisworth at Blisworth Hill Business Park, they have over 20 years of experience within the fleet industry. Their mission is simple; they provide a bespoke fleet service allowing your company to focus on what it does best. Their outsourced fleet management solutions will take care of as much or as little of those services as you require. Their services [...] 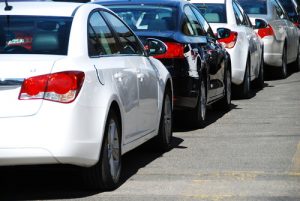 Whichever side of the BREXIT fence you sit on, it is going to influence you and your business, one way or another.

In truth, we all know that running costs will slowly continue to rise and keeping your business on the road will become even more difficult over the coming months and years. Just how much harder is almost impossible to judge, until we have a concrete trade agreement in place, none of us can be 100% certain.

Some may already have felt the BREXIT effect through falling Sterling and the steady price rise in fuel at the pump. With a predicted 10% trade tariff on the cards, planning how to negate some of the effects, predicting cashflow and continuing to grow your business may seem virtually impossible.

If your company relies on passenger cars and commercial [...]